First morning on the cruise - We arrived at Freeport Harbor Grand Bahama. The sun refused to shine but, at 7AM on October 18, this is the view that welcome us in the morning. 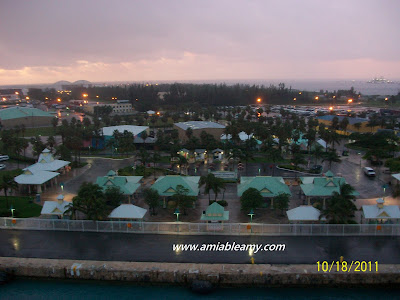 I woke up my husband before 7AM because the sunrise was supposed to be 7:18 but, it barely come out from the clouds as you can see from the picture below. We had breakfast and by 8AM, we head down to the gangway and proceed to the exit of the port. 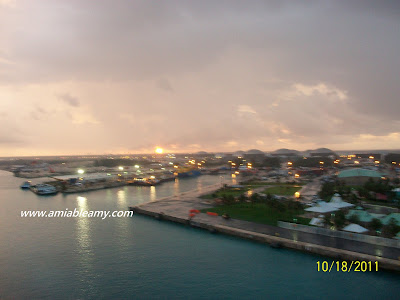 Most of the guests took an organized shore excursion so; they had to check their tickets for the meeting time. As for us, we want to explore the International Bazaar and Port Lucaya Marketplace and Marina. The fair is only $10 per person for the whole trip. It was a long ride of rural area and undeveloped places. There is nothing special really. 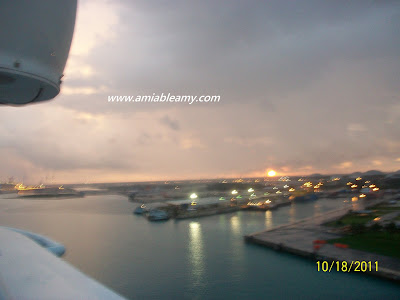 Hubby and I decided to check in the Treasure Bay Casino at the Marina area and later on, we explore the International Marketplace where I bought my souvenir Freeport sports cap. Well, hubby won a bit when he used the slot machines. There is no cash out machine here so; you had to change it to their cashier. 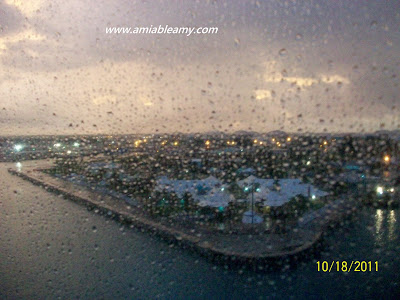 The rain poured so hard for maybe 10 minutes and it ceased! We return back to the cruise ship at 1PM because the weather was not that good. We stayed indoors and roaming to the Lucaya area and the Marina. It was a nice place and laid back but, there is nothing special here. The shoreline is just like the coastal view of Florida. 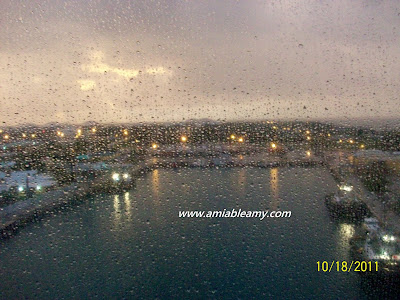 When we head back, we took some pictures of the Freeport Port. The "I was there picture" LOL but, the cruise photographer had their $199 picture package which is unlimited. Most of the cruisers did not take advantage of the offer. It's way too high, I guess.
Thoughts by amiable amy