I can"t remember how I stumbled his name in TWITTER (last year) but since then, I read his twitter updates. The gorgeous man in the picture below is John Gidding, the host of HGTV Curb Appeal: The Block. 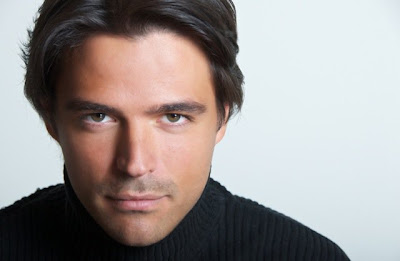 He is a 33 year old American/Turkish architect. He is a fashion model and an actor. He is a graduate of BA in architecture from Yale University and studied in Harvard Graduate School of Design with Masters in architecture. Now, I am so envious of his educational background, LOL! At least we have one thing in common. Both of us belong to a Glee Club, Yayyy! 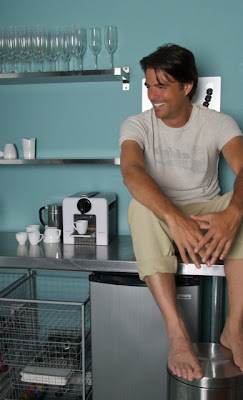 Have you seen HGTV's "Designed to Sell"? Well, you are in! He sang acappella with The Yale Society of Orpheus and Bacchus, and also with the Yale Glee Club. While in Harvard, he sang with the Harvard-Radcliffe Collegium Musicum. 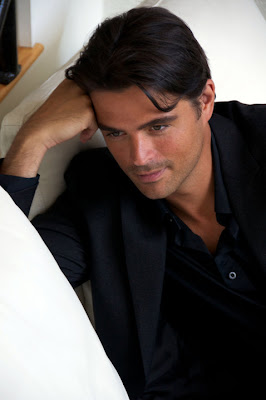 How I wish to hear him sing though. As a model, he performed in runway shows for Armani, Gucci, and Hugo Boss. He was also became the spokesmodel for Jhane Barnes in 2004 and 2005. If you love romance novels, John Gidding's face is on the covers too. Watch his show in HGTV and you will surely adore his designs.