October 2011- This month is special ( sort of ) because my husband and I had our first cruising experience through Norwegian Sky. It was the best according to some of the acquaintances that we have had while on board the Freestyle Cruise. When I was checking the cruising suggestion sent by a company through email, I was tempted with the last minute booking. 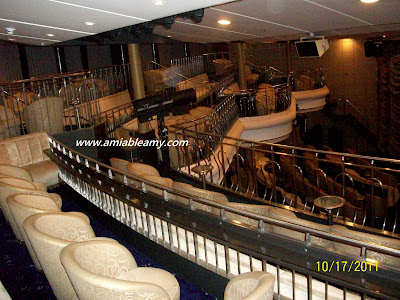 I saw there were really affordable prices on the last minute cruising. It was actually half of the regular price so, since the four of us had free time to go, we book it. We are all newbies in cruising to Bahamas that is why, we love it. The picture above was taken inside their elegant STARDUST THEATER located at Decks 6 and 7 in the Aft section. 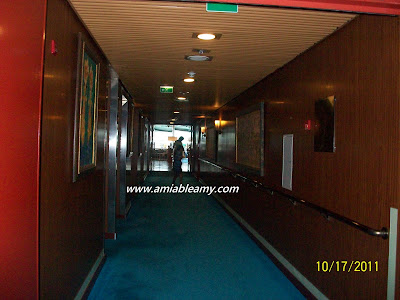 The Hallway heading to the Mandara Spa and Salon at Deck 11 in Fwd Section of the Norwegian Sky. We were just exploring to the different decks to familiarize where to go for special events that day. This way, we had the terrific adventure to get a feel for the ship. See the crowd below? We went to Stardust for the show called: On Broadway, the Sky Production Show. It was a grand night and spectacular presentation! 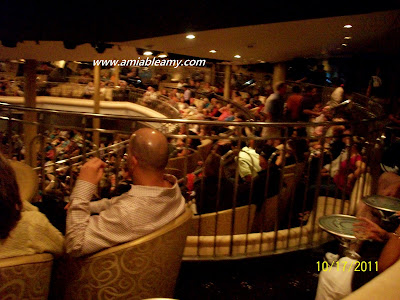 Freestyle Cruising is an easy, carefree cruise experience with top-notch crew members and most of them came from the Philippines. I would say 90 percent are Filipinos in fact, the Cruise Director Richard Matic is a Filipino. He is the brain behind all the entertainment and activities on the ship. 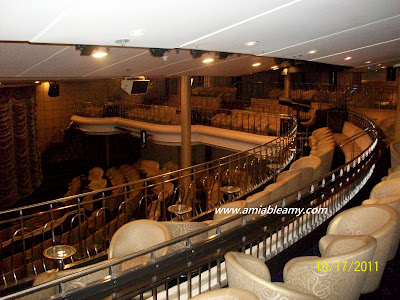 The picture below is the hallway heading to Stardust Theater. We did rock the night away during the first day! The show in Stardust was spectacular because of the sounds and music from soul and folk to rock n' roll. The pictures and videos were not permitted during the show though. 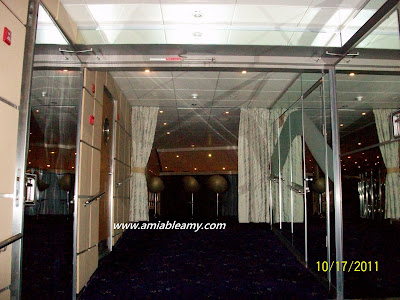 After the show, we went to Dazzle's Nightclub at Deck 6, mid section to enjoy the show called Sing it, If you know it. We had fun with this crazy game where we had to guess the song and again, the band came from the Philippines too. Oh, they were awesome!
Thoughts by amiable amy