How was your Memorial Day celebration everyone? I bet you had a wonderful time with your friends and family. I was reading the newspaper early this morning and one statement caught my attention. The writer was disappointed knowing that the essence of Memorial Day was forgotten by few. (Picture below was taken at a memorial park beside HardRock in Biloxi, Mississippi) 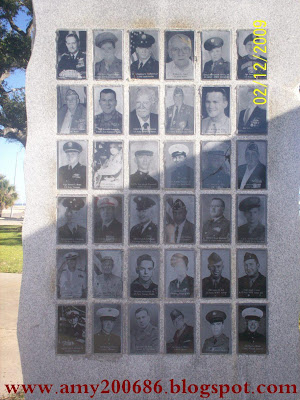 Memorial Day is a day of remembering the men and women who died while serving in the United States Armed Forces. This holiday was created to commemorate the Union soldiers who died in the Civil War but, by the 20th century, Memorial Day had been extended to honor all Americans who have died in all wars.

For those who visited the cemeteries and memorials to honor those who have died in military service, I salute you all. God bless you! God bless America!
Thoughts by amiable amy