Everything You Need to Know About VOIP Telephone Services

The Internet has revolutionized the way we humans communicate with one another. One such advancement in communications technology supported by the Internet is Voice over Internet Protocol (VoIP). VoIP is essentially technology that uses the Internet to replace the traditional phone. It allows users the ability to make calls over the Internet using software installed on laptops, desktops or smartphones or purpose-built hardware. There are solutions that use your web browser or existing applications, however for a business it’s advisable to look at a customized solution from a white label telecommunications organization such as http://www.ivox.com.au/. Here we briefly explain everything you need to know about VoIP telephone services. 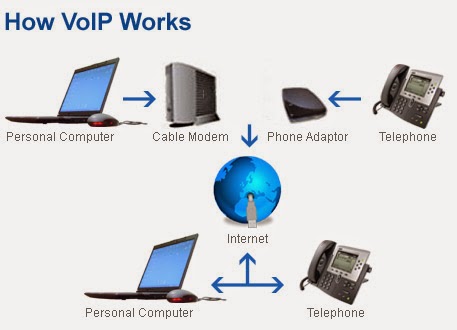 VoIP is a Reliable Alternative

VoIP is a complete telephone service with the same features and functions that you've come to expect from traditional phones. It uses your broadband Internet connection to allow you to place and receive calls. Features like caller ID, call waiting and even texting are often available with most VoIP services.

VoIP Can Save You Money

We all know how painful it is to pay for long distance calls. Long distance fees of traditional phone companies can be unforgiving. But long distance VoIP calls are relatively cheaper allowing you to call as far afield as you wish without having to worry about a massive bill at the end of the month. Calls within your local area can be cheaper as well because you're not paying for a call by the minute but simple being charged for the data being used on the call. Many VoIP providers offer domestic calling for a flat fee and often throw in international calls to certain countries for free. Phone calls between subscribers of the same provider can even be free when flat-fee service is not available.

VoIP is easy to Install and Use

Although the idea of making calls over the internet may seem intimidating to some, VoIP is very easy and requires little to know technical know-how. Most VoIP services require nothing more than a simple download. In some cases, it never gets more complicated than plugging in a device into the USB port of your laptop or desktop.

There is No Need To Run Multiple Lines


If you work from home and have had the unfortunate experience of having to wait for the phone company to come in and install a separate line for your business phone, VoIP will be a godsend. It requires no cabling or a major overhaul to your phone lines. This makes it a welcomed innovation for people who want to separate their personal life from their business or those who simply want to limit their reliance on traditional phone companies.


To say that VoIP is the wave of the future is no exaggeration. The operational cost of VoIP is low, and it reduces the costs associated with traditional phones. Considering ditching your traditional fixed line phone or adding VoIP to your current communications arsenal? Share with your fellow readers some of the reasons why you want to make your calls more digital.
Thoughts by amiable amy