I never had the chance to go up and view the scenery below from the lighthouse. It always fascinates me to see it on the highway. We have a lighthouse here in Biloxi, Mississippi and it is erected in 1848 and one of the first cast-iron lighthouses in the South. Actually, it is the city's signature landmark and has become a post-Katrina symbol of the city's resilience. Can be seen mostly on the car tags too. 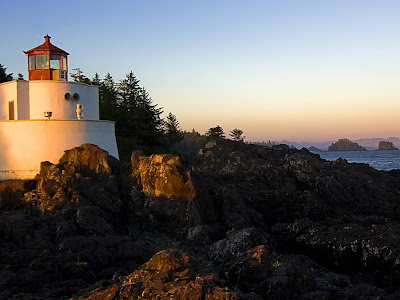 From 1848 to 1939, it is operated by a civilian and according to Biloxi museums, the lighthouse is notable for its female lightkeepers. Maria Younghans,served for 53 years. In 1939, the U.S. Coast Guard assumed responsibility for Biloxi Lighthouse and later was deeded to the City of Biloxi.

I have been a resident here for almost two years but never toured the lighthouse. It was March 2010 that the Biloxi lighthouse was re-oepned to public tours. There was a $400,000 restoration which happened for a year and two months. The restoration was funded by FEMA and MEMA.
Thoughts by amiable amy