For the last few days, Orlando acknowledged the boom of visitors coming form other states. They are actually here to watch the Capital One Game between Nebraska and South Carolina. Disney had to close some of their parks for three hours because of too many people. Anyway, right here, we are surrounded with people from other states. I heard them talking. 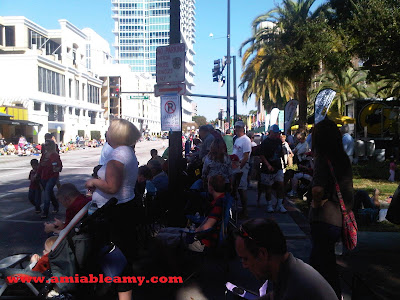 This is the scenario before the parade. The parade will end further that road. 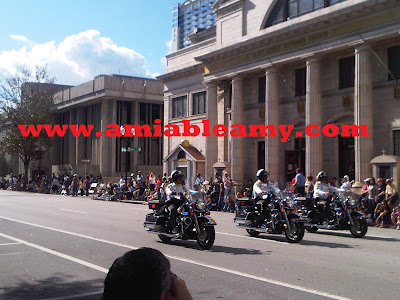 The opening of the parade.... 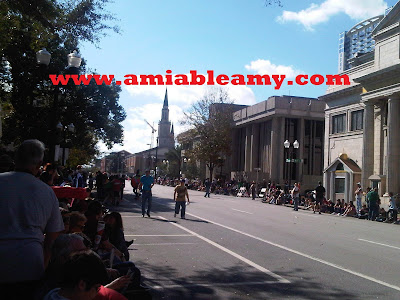 Here is the crowd on the opposite direction. 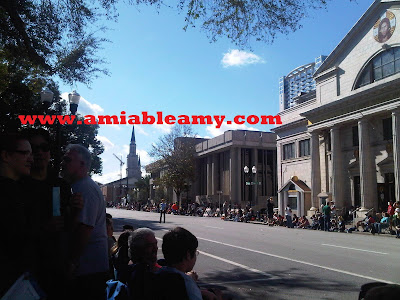 This is Summerlin Street along Lake Eola park in Downtown Orlando. While waiting for the parade, I took a snap of photos on this high rise building, so elegant and beautiful. 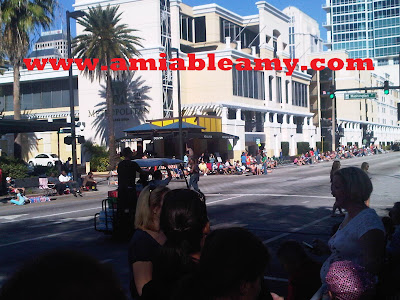 If you want to view some more photos of the parade, check out Fresh From Florida Parade. Thanks for stopping by and Happy New Year.
Thoughts by amiable amy