The New Orleans Saints are a professional American football team based in New Orleans, Louisiana. The Saints play in the South Division of the National Football Conference (NFC) in the National Football League (NFL).
The Saints' home stadium is the Louisiana Superdome. The team has played its home games in the "dome" since 1975. However, due to damage caused by Hurricane Katrina to the New Orleans area, the Saints' 2005 home opener was played at Giants Stadium against the New York Giants.
After a $185 million renovation of the historic stadium, the team returned to the Superdome for the 2006 season. The team played its 2006 home opener in front of a sold-out crowd and national television audience on September 25, 2006, defeating its NFC South rival, the Atlanta Falcons by a score of 23–3. The victory received a 2007 ESPY award for "Best Moment in Sports." The Saints are one of five NFL teams that have yet to play in a Super Bowl. - source: wikipaedia 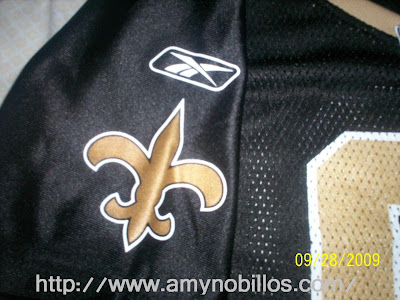