Last week, my husband and I traveled from Florida to Missouri. It was an interesting road trip since in 8 days we crossed Georgia, Tennessee, Kentucky, Illinois, and Missouri as far as Kansas City, Missouri. We had a flight schedule by Delta Airlines but, the day before the flight, my husband decided to have a road trip instead so; we cancelled our flight. Thanks to beautiful Anne- a good friend who did all the effort for the cancellation and refund process.We love you dearly Anne(^o^). 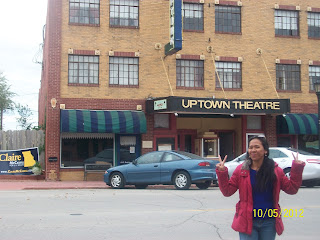 In a separate post, I will share our road trip but, let me show you these photos taken at Main Street USA in Marceline, Missouri. When I first arrived in the US, I was blown away with Disney World. I have lived halfway around the globe all my life so; seeing Disney World is a privilege and I thank God for that. I never imagine in my wildest dream that I will be able to visit Disney World. In reality, this privilege is more than a dream come true since we live just half an hour away from Disney World. To see Marceline, Missouri is a bonus! This is the boyhood hometown of one of the most famous people on earth,Walt Disney.

Even though there are a lot of stories and speculations about Marceline Missouri, I fully believe that this town influenced Walt Disney a lot. His vision for Disney theme parks came from remembering his childhood memories and this particular place is one of them.

Have you ever wondered why Disney animated films and even in the theme parks featured Choo-Choo train and railroads? I did wonder and it dawned on me when I saw the many train collections in the old Santa Fe museum now called Walt Disney Hometown Museum. The museum housed the effects, artifacts, and personal belongings of Disney family. With that being said, Walt Disney loves to ride the rails and he has this lifelong devotion to the railroad. “All Aboard!” Sounds familiar right? 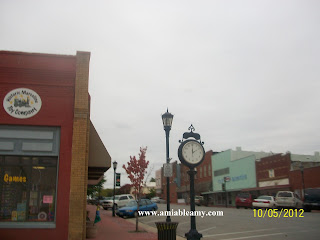 Walt Disney minds was truly creative. His vision was extra-ordinary! His dreams are big! If you look at this town and his perception of a happy place is just so deep and beyond what we actually see. 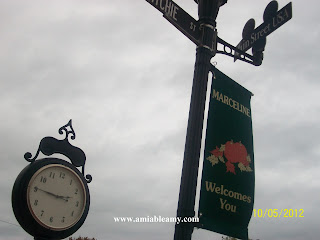 Main Street, U.S.A. at Disneyland is based on the “turn-of-the-20th-century” downtown Marceline. There is no doubt that Walt Disney loves his boyhood town Marceline in fact; Marceline's Confectionery in Downtown Disney in Disneyland is named after this town. Honestly, I love this town because it is charming and the people are very friendly. No wonder why Walt Disney fell in love with Marceline.

"To tell the truth, more things of importance happened to me in Marceline than have happened since - or are likely to in the future." -WALT DISNEY
Thoughts by amiable amy