Hollywood Studio in Disney World, Orlando and this attraction is just one of my favorites. This is called Studio Backlot Tour and the first stop before you take a ride for the tour. They will show you how the cinema magic works and how they do the movie tricks. Behind the success of movie actions, they will tell the you the secret of movie making. 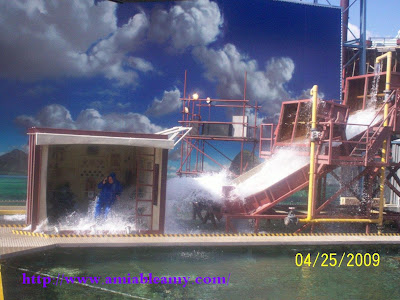 He is one of the tourists and chosen as a volunteer. The captain swallowed by the sea as his ship sank, this is what really happen. Tons of water was released to his area. Of course, its not easy. 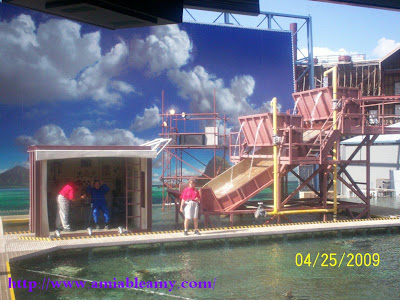 The preparation and informing the volunteer of some safety precaution. Look at the background, its not really a real mountain or real sky. 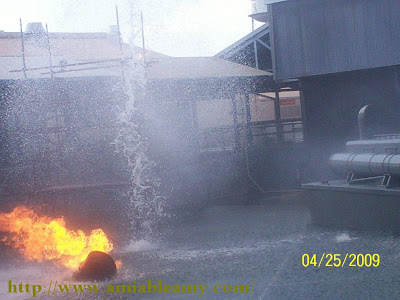 This is the battle on the sea as seen in war movies. The explosion is like this. Real fire with gas of course. By the way, when you have this tour, step away from the railings because the water will splash on you. You will get wet. 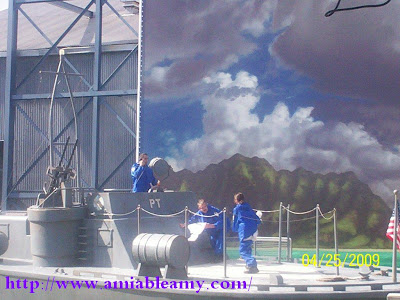 As seen in the war movies or battles at the sea, these are all volunteers from our group. Soon, there will be attack from the air and firing them. 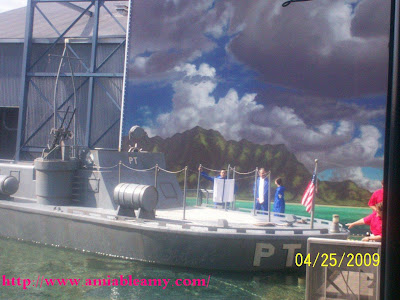 I like the next stop where you can see all the costumes and real props from the movies.
Thoughts by amiable amy