We were at Walmart yesterday checking some items in the grocery then, I saw a Wii Console with a price tag $149. Unbelievable! I just bought a $199 black Wii console few weeks ago for my sibling back home. Well, that was way better than this but, this package is not bad at all. 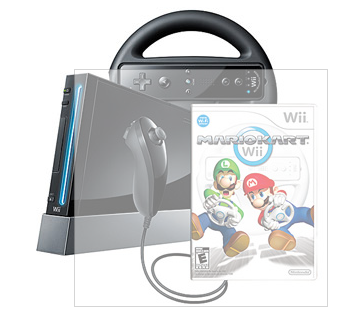 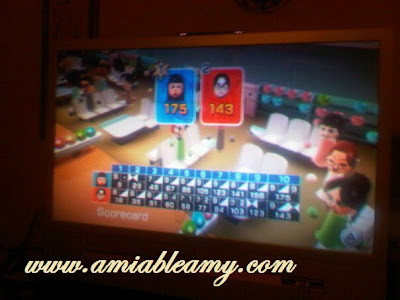 The picture above is my score while playing bowling in my Wii. I am no expert but, at least I won over my husband:-) If you want to buy Wii Consoles for gifts, check Walmart, Target and Best Buy. Compare their prices and what's included in the package. Good luck!
Thoughts by amiable amy