James Durbin is Out

May 12, 2011- James Durbin has the lowest votes for the week and was voted out! The judges were dismayed of the result as what I saw on their faces and JLO was in tears! I was thinking, this is the right time to give away the only "SAVE CARD" by the judges. It could have been worth saving the talent for the Final Four! With this in mind, everything happened for a reason so, enough crying over a spilled milk right, LOL? 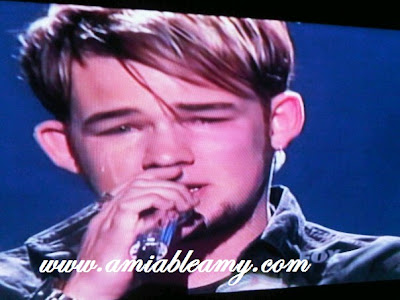 Nobody can predict the outcome of this show! The future of the ultimate idol is in the hands of the voting viewers. I must admit, I stop voting when Thia Megia was voted out but, I watched American Idol every week. Judging from their performance, I thought Haley Reinhart will be out but, I was wrong! Anyway, James Durbin is 22 years old from Santa. Cruz, California. The biggest question now is: Who do you think will win? If you are a big fan of any of the three finalists, the best way to show support is VOTE!

Anyway, how amazing how technology can change people lives such as businesses have 0871 Numbers, AI has voting system thru fon/online. It truly change lives!