Yesterday, we went to Kennedy Space Center about 3:40 PM to watch the launch of Atlas V Ι SBIRS GEO 2 which was scheduled at 5:21 PM. It was our first time to watch the launch inside Kennedy Space Center because usually when there are scheduled launch, hubby and I watch it at the US 1 in Port St John by the Indian River or go to Cocoa for a closer location. I snipped the photo below from the video that I personally took. 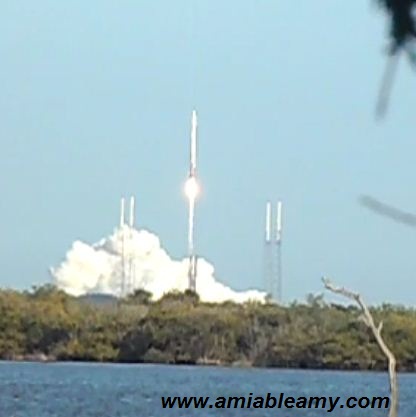 The Atlas V rocket was launched at the Launch Complex 41 at Cape Canaveral Air Force Station. I was using an X36.0 zoom from my Samsung WB150F digi cam taken at the back area of Apollo Saturn V Center. 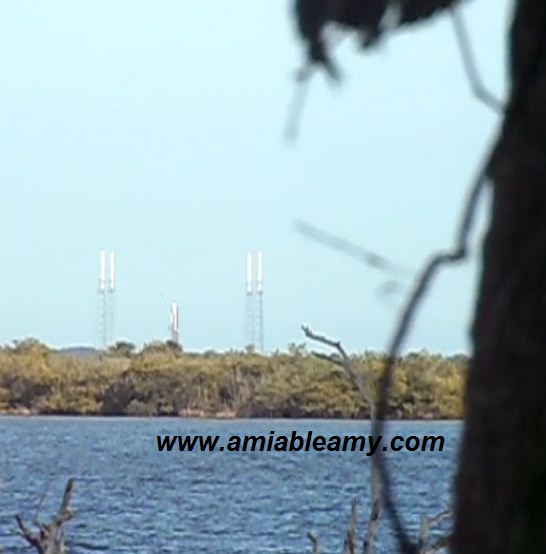 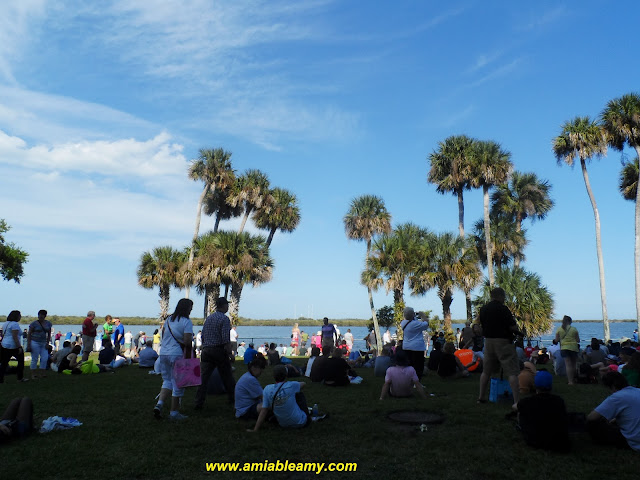 The photo above was taken before the launch at the back of the Apollo Saturn V area.  Tourists and locals were excited to watch the launch of the Atlas V Rocket. The bleachers are full so; some guests occupied the areas beside the bleachers. 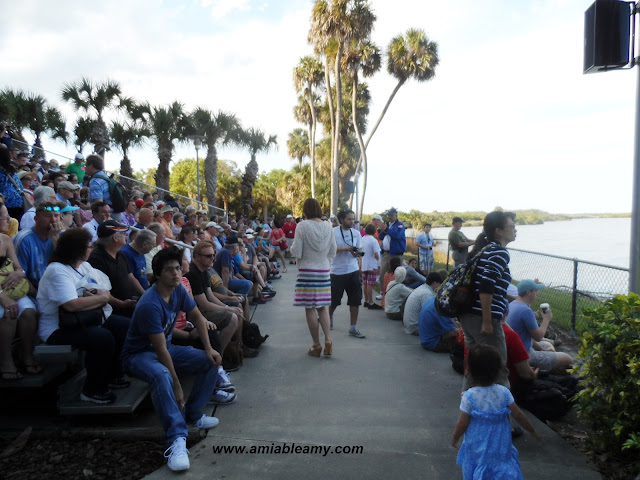 The viewing bleachers are full when we arrived at 5:00 PM. The launch was spectacular and on time. It only took 80 seconds viewing as what the announcer said. The next launch to watch will be on May 15 at 5:39 - 5:58 PM at SLC-41, Cape Canaveral Air Force Station in Florida. The mission of United Launch Alliance Atlas V rocket is to deploy the Air Force's fourth Block 2F navigation satellite for the Global Positioning System.
Thoughts by amiable amy

Too cool! I have always wanted to see this! It looks like there were tons of people there!

That's a remarkable experience. And the people are look excited as the rocket ascending to the sky.