I was sick for almost 4 days in fact; when I woke up this morning I was still dizzy. It's Sunday and I don't want to miss the Sunday Mass so; I forced myself to get up and attend the 8AM mass at Merritt Island. I was so touched when the priest announced that there will be a second collection intended for the #Philippines. 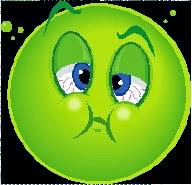 As the world saw the helpless typhoon victims asking for food and water, the response of the foreign aid was immediate. It was overwhelming to note that people in foreign countries care and felt the urgency to extend help to my beloved country. Typhoon #Haiyan, known in the Philippines as Typhoon Yolanda has devastated most of the towns and cities in Visayas Region.

My family lives in Northern Mindanao, just south of the Visayas. Though we were spared on this typhoon, my family and relatives were victims of the Typhoon #Sendong in December 17, 2011. 11 of my relatives lived with us for a month. I thought about it during the mass. Though financially I didn't recover, bank's drained. I am thankful that my relatives are safe. God provides for all our material needs. I am thankful to God for keeping my immediate family safe from harm because I can't imagine losing one of them.

As the second collection was gathered, I look at the faces of the parishioners who gladly give a donation and I was teary eyed. Their $ will surely makes a difference in the lives of the typhoon victims. As a Filipino I am forever grateful for their generosity. Thank you parishioners of #DivineMercyCatholicChurch in #MerrittIsland , #Florida .
Thoughts by amiable amy

The same thing happened to our church as well. God bless those who are very kind and generous!