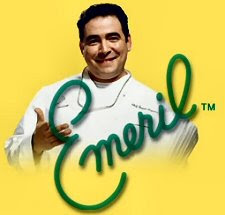 He is Emeril, one of my favorite chefs . I always watch his Emeril Live Show even when I was in the Philippines. I am so entertained by his humor while he cooks. If you don't know him, check him out in Fine Living Network everyday at 7PM ET. 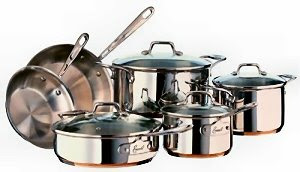 When you watch the show...BAM! BAM! BAM! is a popular word he uses and the audience would just laugh heartedly with his actions and humor. Today, a woman was featured in the news because her life was just saved by a burglary when she fights back using the pan, it happen to be an Emeril product...LOL! Just like Emeril says, the woman just used the pan and "BAM!BAM!BAM! hitting the burglars and they took off running...hahahaha. One of them was caught and the rest are said to be juvenile. The famous "pan" was taken by the police as evidence and so, the woman lost the pan...hahaha. Oppsss! Not really! Emeril, made mention in the show that he will send her a new one. Good stories like this tickles us a bit right?
Thoughts by amiable amy