Sarah Palin On Defenders Of Wildlife 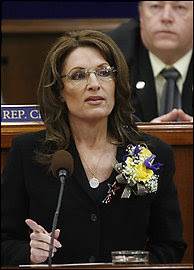 This video is sponsored by the Defenders of Wildlife Action Fund attacking on Governor Sarah Palin as anti-wildlife or wolf killer. Ashley Judd, a Hollywood movie star joined the campaign and condemned the Governor as a brutal killer of wolves. 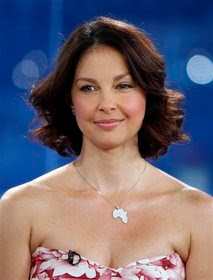 “It is reprehensible and hypocritical that the Defenders of Wildlife would use Alaska and my administration as a fundraising tool to deceive Americans into parting with their hard-earned money. “The ad campaign by this extreme fringe group, as Alaskans have witnessed over the last several years, distorts the facts about Alaska’s wildlife management programs. Alaskans depend on wildlife for food and cultural practices which can’t be sustained when predators are allowed to decimate moose and caribou populations. Our predator control programs are scientific and successful at protecting vulnerable wildlife. These audacious fundraising attempts misrepresent what goes on in Alaska, and I encourage people to learn the facts about Alaska’s positive record of managing wildlife for abundance. “Shame on the Defenders of Wildlife for twisting the truth in an effort to raise funds from innocent and hard-pressed Americans struggling with these rough economic times.”

My Thoughts: A Scientific practice of lowering the number of predator animals such as wolves and protect the vulnerable harmless animals such as the ELK, BISON, MOOSE, COYOTE, MUSCOX and other animals .... a good action by the government. They don't kill wolves for the fun of it. They are doing it for the survival of other hopeless animals. Who will protect these helpless and harmless animals anyway? The government only minimized the number of wild animals that attack animals that can't defend themselves. They attack people too. Which is important now? Protecting defenseless animals and protecting the safety of people OR Protecting these vicious predator?
Thoughts by amiable amy