In the Middle of a Nasty Weather

We travel a lot so; this is not the first time that we encountered bad storm on the road. One time, we traveled to Miami during Storm Fay to pick up someone in Miami airport. It was like going into a cave in total darkness with tornado warning in effect. It was not a smart decision you know but, circumstances are the factors and we had to go. 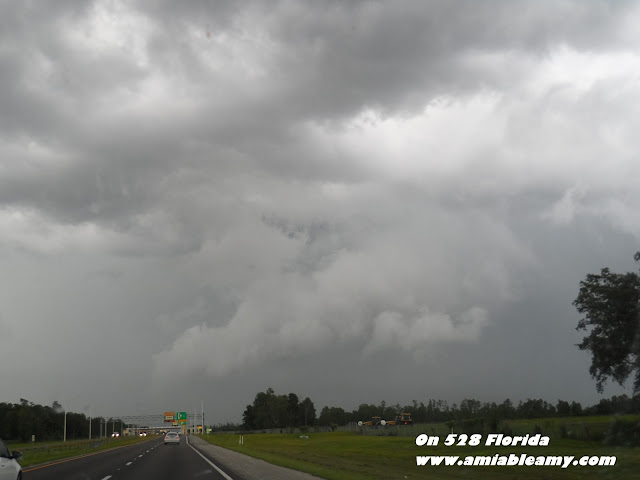 There was also another incident when my schedule for "fingerprint" processing was in Metaire, Louisiana. It was too late to re-schedule and it was the hurricane season. My father in law was worried  so; he told us to travel the day before the storm hits Louisiana. It was a smart decision. That was the time when an EF3 tornado struck the north part of the Magee, Mississippi. The tornado destroyed 60 homes, 25 injuries and there were no fatalities. The tornado damaged the water treatment plant and interrupted the services of the town. 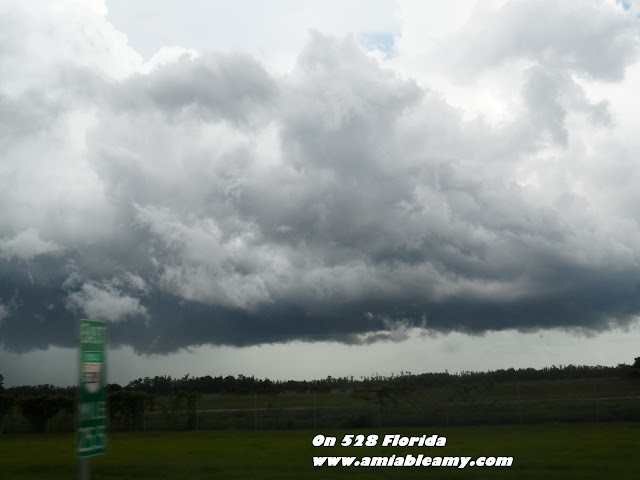 Yesterday, we were traveling SR 528 and the weather changes abruptly. We saw a brush fire on 528 near the first toll booth after the airport. We were traveling home towards the beachline and the clouds are showing signs of a nasty storm. In a matter of minutes, the rain was blinding us, hails were falling on the windshield, drivers were stopping on the side of the road and it was totally dark. 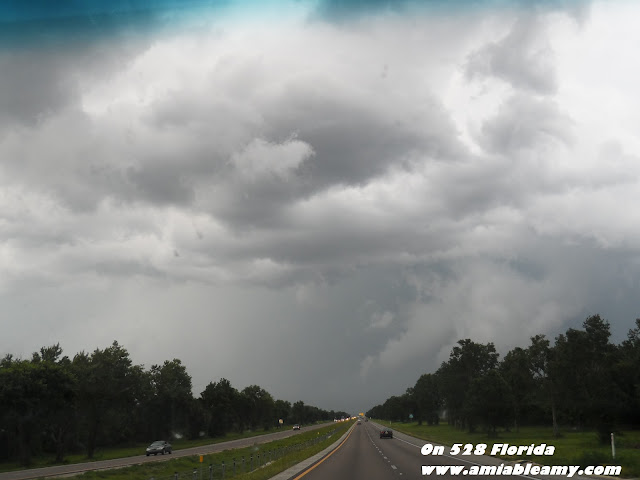 Hubby decided not to stop. We were driving at minimal speed watching our distance to the car ahead. It was less than an hour drive from Orlando to Cocoa but, with the storm and driving on 528, dang ... it was not easy! We arrived safely, thank God.
Thoughts by amiable amy