The Veteran's Memorial Park consists of substantial grounds to which I took some photos posted below. This place has also a Veteran's Memorial Center and a Hall of Honor: The Hall of Honor is located in the entrance foyer of the Veteran's Memorial Center. There are memorial photographs of veterans and that includes the Medal of Honor recipients. Displayed are the colors of many of the participating Veterans Organizations as well. We never get the chance to visit the museum which highlights some Museum military artifacts. I told my husband that we just explore the Veterans Memorial Plaza. It was a gorgeous day and that's me with the symbol of one of the heroes of war, the dogs. 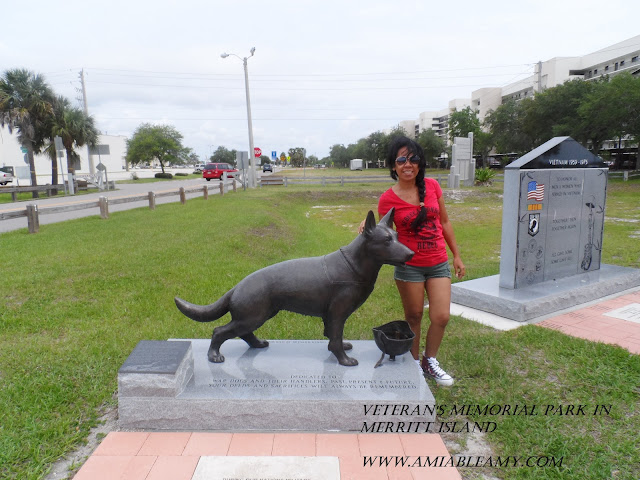 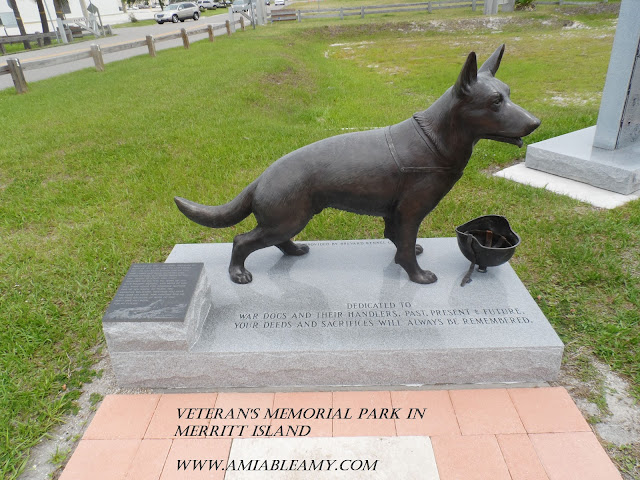 I got a sudden sadness reading the message. In wars, lives lost to give this FREEDOM that we have today. 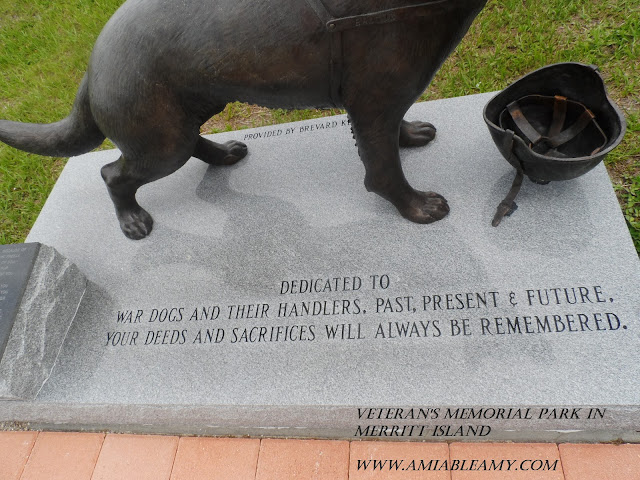 The park is huge and well planned. Each area has its own place for reverence. Very clean and well-managed.

They have white benches with markings in it. 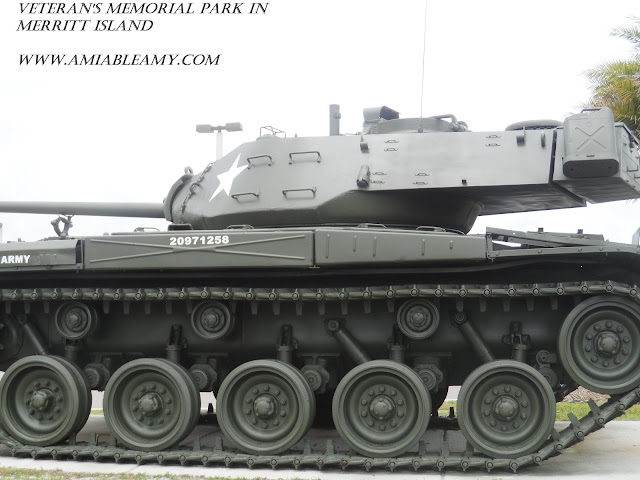 They have one tank on display and two helicopters. My husband works for few years in the army in Vietnam and he rode on this type of helicopter. 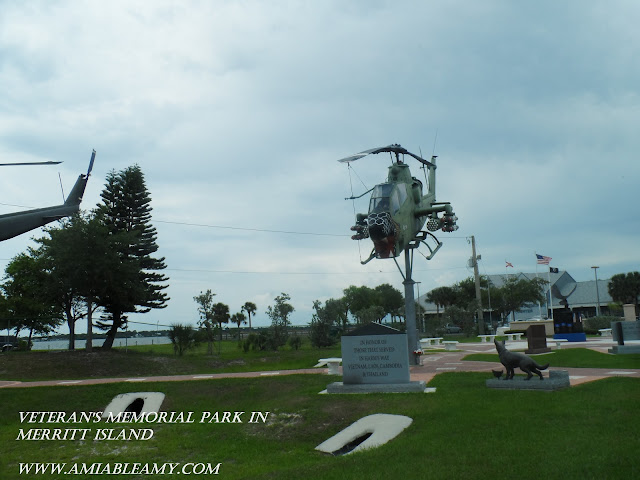 The CAPTION says: In honor of those that served in harms way Vietnam, Laos, Cambodia and Thailand. 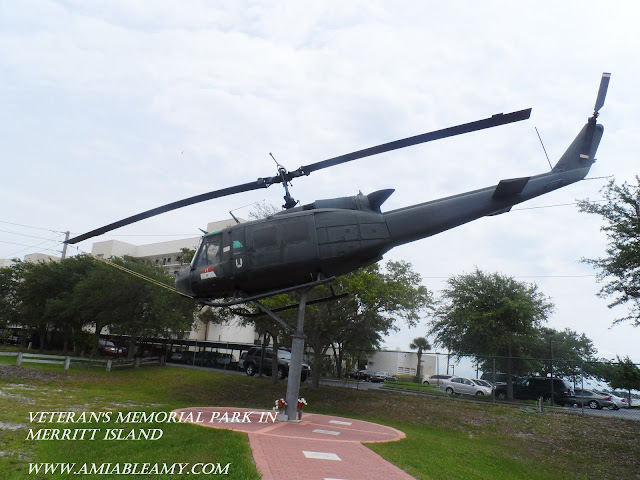 One caption has this message: "During our nations military history, ten of thousands of war dogs served during WW1, WW11, Korea, Vietnam, Persian Gulf, Bosnia, Iraq, and Afghanistan. They continue to serve around the world. American war dogs have a legendary history of bravery and courage on foreign fields of battle saving countless American lives." 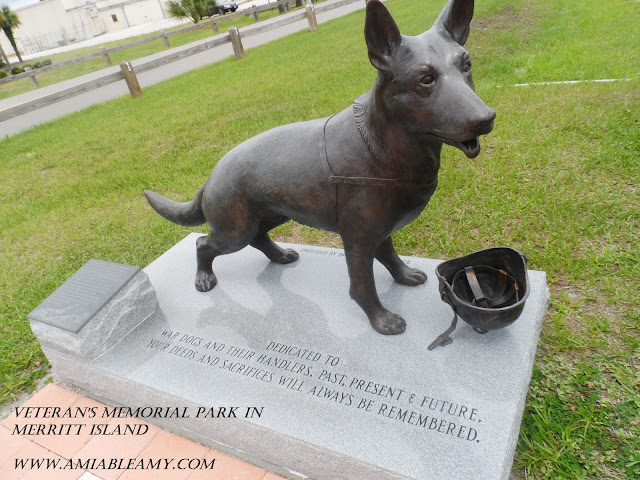 CAPTION: "Dedicated to war dogs and their handlers, past, present and future. Your deeds and sacrifices will always be remembered." 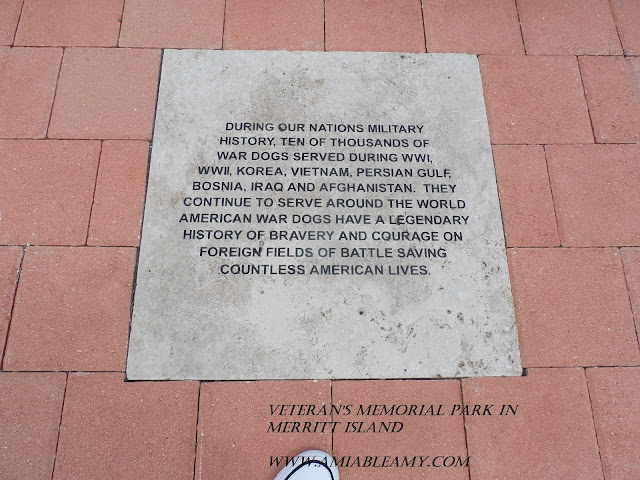 The soldier statue on the side of the picture below is THE DIXIE DOUGHBOY.  The sign has this caption: There were 33, 331 soldiers from Florida who served in World War 1. Many served in the 31st infantry division. A division composed of soldiers primarily from Georgia, Alabama and Florida, nicknamed The "Dixie Division". 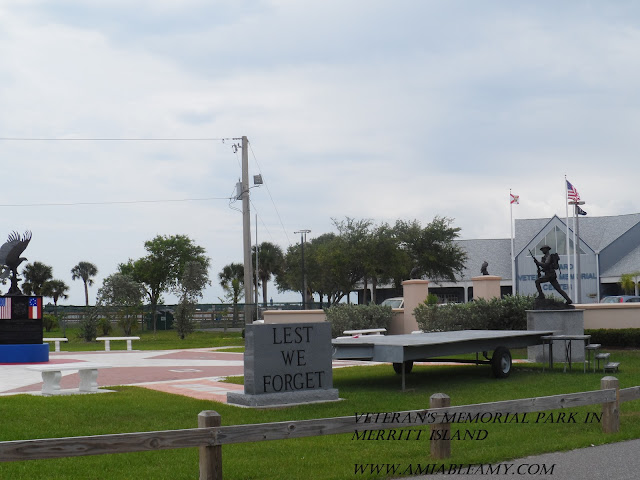 The statue was sculpted by CHARLES L. SMITH. 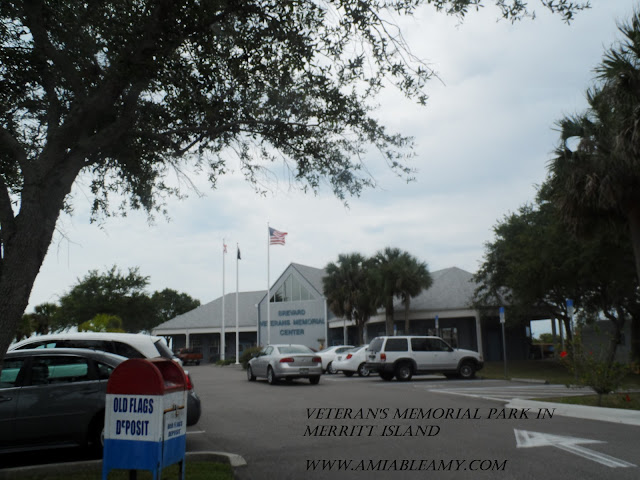 The Veteran's Memorial Center in Merritt Island is located at this address:

beautiful pictures and historical scenery. it's nice to visit those once in a while.